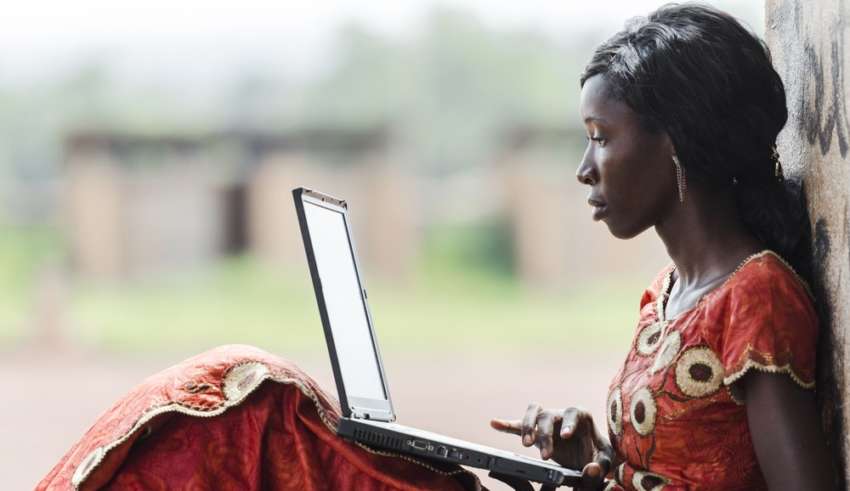 According to a research conducted in 2016, 67% of the African population is interested in blockchain technologies from a start up point of view. This interest is inspired by the change in the ways cryptocurrencies can be used and thus to enable Africa to have an increasingly open trade. Cross-border transfers will be made easier, as cryptocurrencies offer users little to no fees. Having in mind that the banking system is underdeveloped compared to, for example, Europe, these developments can shift the way payments are made in Africa. Despite M-PESA (mobile payment system launched in Kenya in 2007), over 70% of the transactions continue to be done in cash, which is the cause of very high transfer fees.

In the past few years countries in Africa have started to demonstrate a progressively higher economic growth, compared to other developing countries. The fastest growing economies on the continent are the Ivory Coast, Tanzania and Senegal, where GDP is continuously increasing. The population becomes more technologically orientated and its enthusiasm for education is growing. Telecommunications, retailing and banking are flourishing. Private investment inflows are surging and construction has reached an unseen before level.

Despite all recent achievements, there are still financial and economic challenges. People who want to start or set up a business, face many issues when they try to register a company, access insurance or do business internationally. In African countries, even land purchase can be challenging because of corruption in the land registry.

Alternative payments can provide a solution and be more effective while disrupting the traditional methods for resource management, international trade and governance. Experts believe that the adoption of new blockhain technologies could lead to the integration and adoption of more advanced technological solutions, and solve both economic and social problems.

However, public awareness in Africa about the blockhain technology and use the of cryptocurrency is very low. Industry experts estimated that  there were million wallets in the pioneering cryptocurrency in Africa by the end of 2015, with almost one third owned by Kenyans. The huge percentage of unbanked people and lack of adequate banking system, combined with the potential of cryptocurrency adoption means that as the popularity of cryptocurrencies increases, people will become more open and confident when using them as alternative payment methods.

Additionally, the adoption of the blockchain technology can solve various problems and provide many opportunities that are expected to help the economic and social development of the continent.

For example, blockchain technology can be a solution to problems related to corruption and land ownership rights in Africa via the creation of virtual land and property registers. This will secure properties with private contracts, written in a public form and protected by strong encryption technologies. An example of this kind of initiative is “Bitland” in Ghana, which aims to give African land titles more credibility. This way titled property stimulates lending by

having a legitimate asset as collateral, resulting in more money for start-ups, education, investment and other essentials in Africa.

Another impact of the blockchain technology is its transparency, which when reviewed in perspective of voting can provide a solution for the high levels of corruption practices in different African countries. A potential e-voting system could bring transparency to the voting process, since the blockchain stores anything of value in unbroken sequence, meaning that after being cast, no vote can be changed or lost. This will lead to transparent elections, freed from allegations for manipulated votes.

Africa has been very popular for its unique art, which attracts many investors worldwide. However artists struggle with intellectual property rights. By using the blockchain as an IP registry, it could give clarity regarding copyright of authors, owners and users. When an artist or an author registers original work in a blockchain, he would obtain a tamper-proof evidence of ownership. Once a work has been registered on the blockchain, the information cannot be lost or changed, as blockchain transactions are immutable.

The setback of economic growth in Africa due to the lack of regional trade can also be aided by the adoption of the blockchain. Currently each country in the continent has their own currency and this creates difficulties for Africans to make fast and cheaper transfers. Essentially cryptocurrencies can enable cross-border transactions in a more efficient manner than the currently popular mobile payments. Even though mobile payments are well-established and trusted, they carry much higher fees and are not as efficient as cryptocurrencies.

Cryptocurrencies can broaden market possibilities for both individuals and countries, which will eventually contribute to Africa’s growth. When adopted, digital currencies will enable users to purchase products and services from other countries, previously unavailable to them due to high exchange fees and additional expenses.

Digital currencies could widen the scope of work for freelancers, as they would have the opportunity to accept payments in widely accepted cryptocurrency of their choice and do business not only in Africa, but also worldwide. The receiving of payments will no longer be a challenge, as cryptocurrency can be sent and received quickly anywhere in the world at any time, despite bank holidays, bank fees etc.

Cryptocurrencies provide a high level of security, trust and transparency. In much of the developed world, people are progressively using the digital currency as an alternative to traditional centralized banking and payment systems. Nations across Africa are continuously making an effort to adopt alternative cross-border payment solutions like cryptocurrencies and implement them not only in business structures, but also in everyday life.

IT News Africa, April 26th , 2016: Could Cryptocurrencies be the next big thing in Africa?