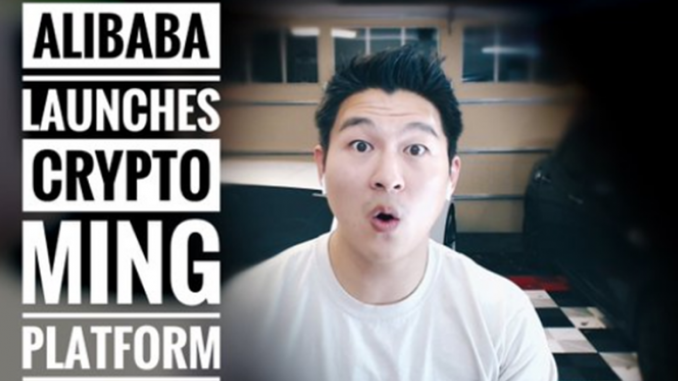 According to reports in China, e-commerce giant Alibaba (NYSE:BABA) has now launched its own cryptocurrency mining platform despite the Chinese government’s continuous push to curb crypto mining operations by restricting miners’ power and land usage. 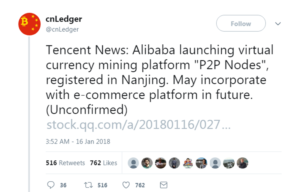 The platform — called P2P Nodes — was originally registered by Alibaba on October 10 in Nanjing, the capital city of Jiangsu province, so it was already in existence for some time. The reports state that P2P Nodes would most likely function as a cloud mining service that offers users the possibility to rent hashpower from Alibaba. Users would be able to withdraw cash through Alipay, but they cannot directly get their mined coins.

Interestingly, Alibaba founder Jack Ma previously stated in a CNBC interview that the world was “not ready” to engage in cryptocurrency and expressed concerns regarding its legitimacy. He also pointed out that China’s climate is not at an ideal level for new developments in cryptocurrency.

“I said honestly, I know very little about it, and I’m totally confused,” Ma said. “Even if it works, the whole international rules on trade and financing are going to be completely changed.”

“We are not focused on bitcoin, we are focused on a cashless society for China…trying to make sure the society is more efficient, more transparent, with no corruption,” he added.

However, Ma did believe in the disruptive potential of the blockchain technology, and his company has spent a large amount of capital on research and development in this area.

Alibaba’s platform launch came as a surprise to many as the crypto market in China seems to be heading downwards amid the government restrictions. As well, the global crypto market suffered further declines this week, with currencies like Bitcoin dropping in value (10% loss in the last 24 hours) by the day.