April 04, 2020
Contact Us: info@atozcrypto.org
Home Blockchain101 Are Onelife IMAs Boarding The Ship Once More After Konstantin Ignatov Declared: “There Is A Blockchain” 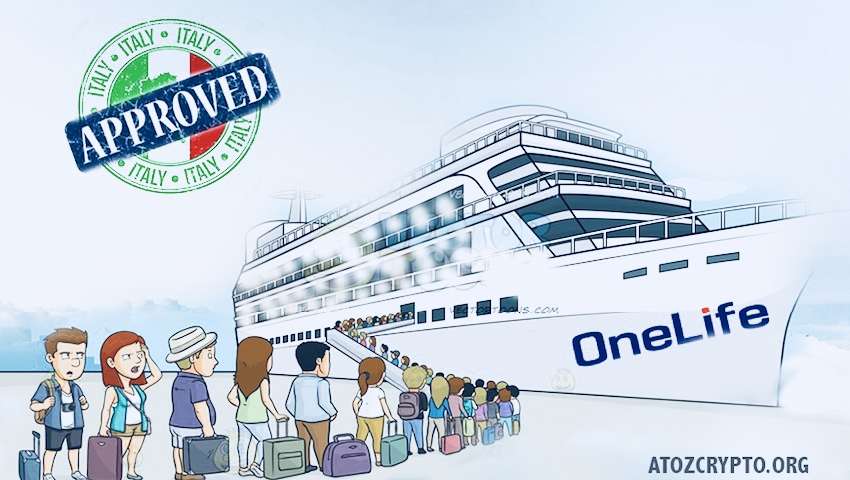 Disclaimer: This article should not be taken as, and is not intended to provide, investment advice. Please conduct your own thorough research before investing in any opportunity.

“There is a Blockchain!” These are the words of  Konstantin Ignatov last week at Onelife’s Event in Bogotá, Colombia in front of a crowd of over 1200 Onelife’s IMAs. Facts or fiction?

Bogota is the capital and largest city of Colombia administered as the Capital District. Last week it hosted one of the largest Onelife’s event ever seen in the region. Over 1200 Onelife’s independent marketing associates attended along with some of the top leaders of the company. The event was full of trainings and know how. Konstantin Ignatov, brother of Dr Ruja Ignatova commented on the raid that was conducted at the OneCoin’s Sofia offices over January 17th and 18th in connection to an ongoing investigation into OneCoin, spearheaded by German authorities. Konstantin confirmed that a lot of material were seized, including servers, so far, 50 witnesses were questioned.

“The authorities conducted an investigation based on anonymous complaints and pressure, where the aim was to discredit and destroy the company’s business.” said Konstantin Ignatov

Konstantin reported that the authorities had to respond and investigate. The investigation made a report of 6000 pages. Immediately after the investigation, company has received a blackmail (not indicated from whose page) to pay more than 1million euros in order to avoid bad news about the investigation in the media. But the company did not cooperate in that blackmail.

After the investigation, it was confirmed that NOTHING WAS FOUND what would have been suspected of the company’s involvement in any criminal allegation and also has been confirmed that the blockchain exists, and that DealShaker is a serious e- commerce platform.

“There is a Blockchain” said Konstantin Ignatov

Now they have finally fallen into the water all the assumptions against the company, created in the last 3 and half years. Now it is confirmed that company OneCoin is exactly what it should be; creating an imminent financial revolution throughout the world. Or does it?? is this the beginning of a new era in the ICOs crypto sphere? Time will tell.

Was also present at the event, Mr Frank Ricketts consultant of the Onelife’s Network, he brought great energy combined with a wealth of knowledge to the table for his trainings. He provides simple steps to make IMAs work so much more refined and professional. He founded the GLG, a global leadership group to support the onelife’s network.

Dealshaker – A New platform of Merchants Reshaping the E-commerce Industry