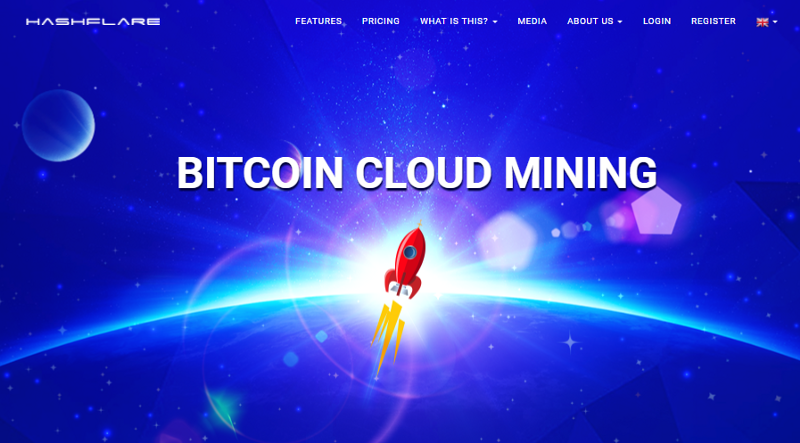 Whether Bitcoin mining is profitable is not a simple question to answer. With community discord that’s almost as hot-blooded as the block size debate, one will notice that even after delving into digital currency technicalities for months, there is just no general consensus on the profitability of cloud mining.

For those who are unaware, Cloud Mining is the process of Bitcoin mining utilizing remote servers with a shared pool of processing power owned by a Cloud Mining company. It sounds extremely convenient, but cloud mining can become a bit of a messy deal given the concept’s rough start.

We’ve heard it all before: companies disappear with user funds, paying out early investors once new ones join, and making a run for it weeks later, which leads the average investor from avoiding the common year-long contracts.

Or the argument that Bitcoin is too volatile to start with, making the profits highly unpredictable. The investment required for personal bitcoin mining is risky on its own, so imagine that risk compounded when trusting a third party with your money.

To settle this dispute, CoinTelegraph spoke to parties on both sides of the bell-curve: Marshall Long, CTO of Cryptsy, and Alex Gromov of Hashflare. When asked about the benefits of cloud mining over normal mining, Long explained:
“The reality is this. Many large scale miners, including Mintsy and FinalHash work very hard to get cheap electric rates. In fact these electricity rates can be worked down very low sometimes under US$0.02/kWh. Now the average rate for a “decent” price in the USA is around US$0.08/kWh. But because big miners can leverage their capital in a way that can convince Power Companies to give them great rates, this allows them to pass on savings AND profit to customers.”
While Gromov raises another undisputable advantage: the price.

“In case of a purchase the user is very limited in choice by the technical offer from the seller. As an example, let us suppose the cheapest machine that vendor offers — is a 1 TH/s miner. Even though at this moment the equipment has become much cheaper than a few years ago, you may see this option is not for everyone, especially if you are just getting started with Bitcoin.

“In this case, it’s a lot easier to take advantage of cloud mining services, where you can find out what bitcoin mining is at a basic package of literally 10 GH/s equal to less than 5 dollars.”

The Current State of Cloud Mining

There’s no way around it: Cloud mining is going through rough days.

“Many users, after having a bad experience, have lost faith in the possibility of fair mining in the cloud, and thus all new projects are now greeted with a great deal of skepticism,” adds Gromov.

This, however, could be good for entrepreneurs eager to plug the leaks in the outdated cloud mining model. To keep up with a consumer base that is more aware by the second, serious companies will need to become “far more transparent and the companies that don’t will fall to the way side,” says Long.

Mintsy, in an effort to protect users who are afraid of investing too much in cloud mining, have enabled them to sell user-to-user contracts on the website’s marketplace. Marshall argues that the point behind this resides in the fact that “when cloud mining companies empower their customer base utilizing new technologies everybody wins. An agile cloud mining company both has customer loyalty and the dynamics required to operate effectively in bitcoin.”

Hashflare.io has a simple answer to finding out whether or not the cloud company you’re interested in contracting with is a scam:

“If you draw an analogy between recent projects that have deceived their clients and closed down, you will notice that they all share several traits: short lifespan and the promise of a very high ROI, such as 200-400% per year.”

This hype, which has little to do with actual mining, can be avoided if users invest instead in cloud mining companies that are also “a manufacturer of related equipment, such as: HashCoins for HashFlare, AntMiner for Hashnest, and KnC for KNC Cloud.”

Mintsy sees this a little bit differently, by employing proof-of-hashrate where customers can view “the blockchain and see proof that we have the hashrate we say we have and that we are running on full reserves and not double selling hashrate.”

The overall legality and regulation of Bitcoin cloud mining is still not clear, making it even more of a risky investment, but the technology behind most of the big companies listed above is interesting to say the least. While this is a very challenging time for legitimate cloud mining companies, it is very interesting to see healthy competition acting as a driving force behind the development of digital currency mining. to find out more: www.hashflare.io