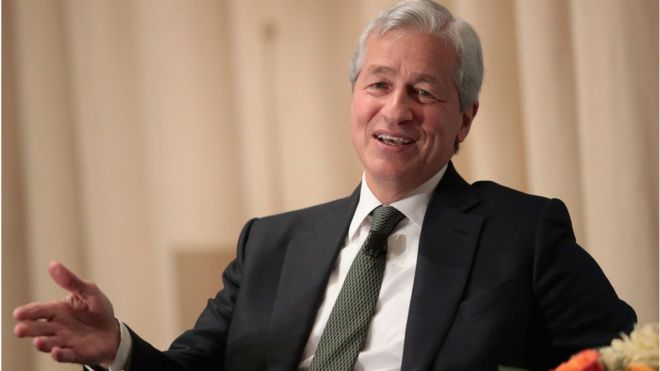 If you ever happen to come across the JPM Coin while you’re reading about Bitcoin and other cryptocurrencies, you should know its an official JPMorgan Chase digital coin pegged to the US dollar that’s meant to speed up transactions between JPMorgan customers. In other words, a JPM Coin should always be valued at precisely $1, and should not increase or decrease in value as is the case for other coins in the crypto space.

Ever since Bitcoin was introduced, the idea was that the blockchain technology that powers cryptocurrency can be used to process payments instantly, eliminating third parties from the process (financial institutions included), along with the costs involved in payment processing. But banks have been paying attention to the blockchain space over the past few years, and are ready to introduce their own blockchain-based payments solutions.

The JPM Coins will be issued to JPMorgan clients when they deposit money to a particular JPMorgan account. The coins can then be used to transfer money to someone else’s account over the blockchain. The recipient of JPM Coins would then exchange them for fiat currency. The technology would reduce the typical settlement time for transactions, the bank says in its handy FAQ section, without mentioning any details about how much these instant blockchain-based transactions will cost customers.

However, the company said that the JPM Coins are in testing for the time being, and only institutional clients will have access to the pilot program, mentioning that savings may be passed on to their customers:

JPM Coin is currently designed for business-to-business money movement flows, and because we are still in a testing phase, we don’t have plans to make this available to individuals at this stage. That said, the cost-savings and efficiency benefits would extend to the end customers of our institutional clients.

In other words, you won’t be able to use JPM Coin to trade other cryptos on exchanges. Well, not yet anyway. The bank noted that JPM will run on the Quorum Blockchain at first, and then will be extended to other platforms and will eventually be operable on all standard blockchain networks.

What’s interesting to note is JPMorgan’s changing stance on cryptocurrency products. As Reuters reminds us, JPMorgan CEO Jamie Dimon called Bitcoin a “fraud” in 2017, saying that cryptocurrencies are “worse than tulips bulbs” at the time. He tempered his view a few months later when he said he regretted calling Bitcoin a fraud, but still said he wasn’t interested in the coin. JPMorgan’s position is now in favor of cryptocurrencies as long as “they’re properly controlled and regulated,” according to its presentation page.