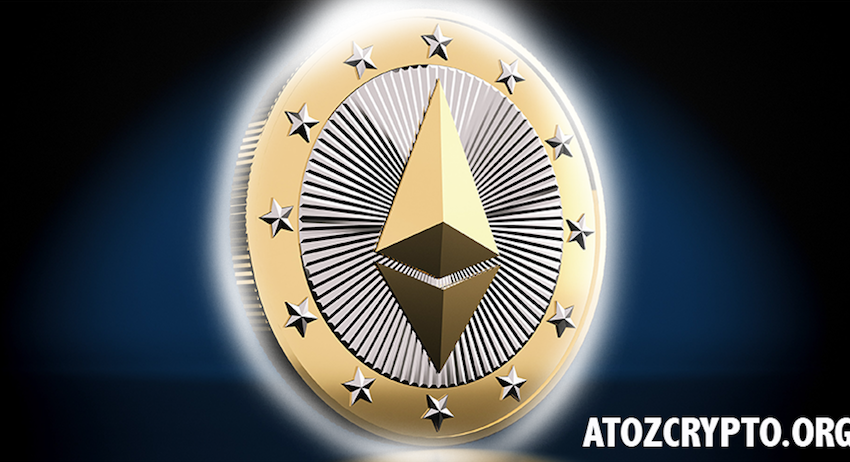 Casper will change Ethereum from a Proof-of-Work to a Proof-of-Stake network.

As Bitcoin calms down after its latest roller-coaster ride, Ethereum has soared to unprecedented heights. The coin briefly peaked at just over $900 on January 2nd, and appears to be heading back up and beyond following a brief dip at the time of press.

2017 was a year of eye-popping growth for the cryptocurrency markets at large, and the rise of Ethereum was undoubtedly one of the most significant parts of the crypto journey throughout the year.

According to Ethereum’s official blog, transactional volume on the ETH blockchain has “more than doubled” within the last several months. The network has reportedly processed an average of ten transactions per second for periods lasting as long as a few days. While ten tx/second may not seem to be much compared to the 24,000 tx/second capabilities of the Visa network, it’s more than double the average Bitcoin’s 4 tx/second.

Ethereum also reported that the “number of accounts created per day passed 100,000” as well as an increase of nodes (computers that uphold a blockchain’s network) despite “rising system requirements”.

While much of Ethereum’s rise throughout the year can be contributed to the blossoming era of ICOs and several regulatory measures that legitimized Ethereum as legal tender in several countries throughout the world, the most recent rise could be attributed to the approaching ‘Casper’ software update that will improve security and scalability on the Ethereum network.

Although Bitcoin’s scalability issues have received quite a bit more publicity than Ethereum’s, implementing a scalability solution for the Ethereum network has become an increasingly urgent task as the network supports a growing number of dapps (decentralized applications), including CryptoKitties, which famously clogged up the ETH blockchain several weeks ago.

Casper will turn Ethereum from a Proof-of-Work network into a Proof-of-Stake network. Here’s why that’s important.

The Problem with Proof-of-Work

Proof-of-Work (PoW) networks, like the Bitcoin network, rely on network-connected computers (‘nodes’) to confirm transactions and record them into the blockchain. To do this, the nodes in a PoW network perform ‘mining’ duties; they solve extremely complex cryptographic equations to verify that transactions are true. In exchange for their work, the mining nodes are rewarded with ‘block rewards’ in the form of crypto tokens.

One of the problems with a PoW network is that this kind of network heavily favors the miners who have the sweetest rigs. For example, on the Bitcoin network, equations that miners need to solve have been designed to become increasingly difficult over time. In the early days of Bitcoin, mining with an average home computer was a practical and profitable endeavor.

Proof-of-Stake networks do not rely on mining in order to confirm transactions and add them to the blockchain. Instead, PoS nodes perform ‘forging’ duties; they create new blocks as needed as transactions are processed.

Instead of distributing mining duties to the nodes with the most computing power, PoS distributes its own verification duties according to how much of the network’s cryptocurrency a node holds, as well as how long that node has held onto that cryptocurrency. Therefore, expensive mining equipment is not necessary to be a forger on a PoS network. There are no block rewards – forgers collect transaction fees directly.

Because PoS incentivizes users to hold onto their coins, PoS promotes the stability of a blockchain network and the value of its corresponding cryptocurrency. In a PoW network, nodes do not actually need to own any of the cryptocurrency they are mining in order to perform their duties. PoS networks require that forgers hold some amount of the crypto they are earning.

PoS networks also have a much lower carbon footprint than PoW networks. Wired reported in early December of 2017 that a single Bitcoin transaction “requires the same amount of energy used to power nine homes in the US for one day.” The Ethereum community and its conscientious leader, Vitalik Buterin, have seen the greener nature of PoS as additional incentive to make the switch.

There are lots of big plans for the Ethereum network in 2018 – Casper is just one part of the larger-scale Constantinople software update, which is expected this year.

The Ethereum Foundation is somewhat unique in that it seems dedicated to actually making the world into a better place. When the cryptocurrency market cap as a whole surpassed half a trillion dollars, Vitalik Buterin waxed poetic on twitter: “How much censorship-resistant commerce for the common people have we enabled?” he asked. “How many unbanked people have we banked?”