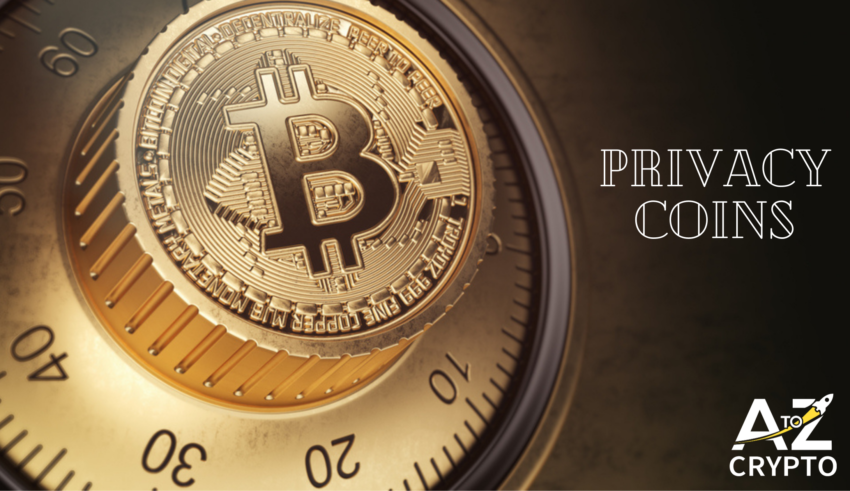 We hear that Bitcoins are anonymous (hides user data), but in reality, it’s not. Bitcoin is semi-anonymous, as others can see the transaction, but not the user’s details. Sometimes, people may want to have a bit more privacy while using cryptocurrencies.

You can achieve this while using privacy coins. What are these? Privacy coins will hide your identity from the outside world. You can make payments privately, as your wallet address, balance, etc. will be encrypted.

Privacy coins use some factors to provide this benefit. These are:

By now, we have discussed some names of these coins. Now, we will look at the top 6 privacy coins:

Let’s take a look at them:

Perhaps the most popular privacy coin out there, Monero (XMR) can effectively hide one’s identity. As mentioned earlier, RingCT and stealth addresses are used for this purpose.

However, this has also put it in a pickle, as criminals prefer it over any other coins. It is considered as the sixteenth largest cryptocurrency available in the world.

ZCash is quite similar to Bitcoins, but it offers significant privacy. Only 21 million of this coin is available (get the reference here?) ZCash will help both parties to remain anonymous while making transactions.

Komodo (KMD) was initially launched as a subset of Zcash, so you will see a lot of similarities there. zk-SNARKS technology is used here, to allies users to transact without referring to a central authority, thus making it quite secure. On May 23, it is declared as the 77th largest cryptocurrency.

An open-source peer-to-peer cryptocurrency, Dash is also quite popular and a widely used one. This one functions like Bitcoins, with better facilities, like InstaSend, PrivateSend, and Decentralized Governance by Blockchain (DGBB).

InstaSend allows people to do immediate transactions with large volumes. PrivateSend works similarly to CoinJoin but in a decentralized manner. DGGB plays a vital role in managing functions like future funding.

Verge (XVG) functions using technologies like The Onion Router (TOR), and the Invisible Internet Project (I2P) to encrypt users’ identity. Here, you can make fast and cost-effective transactions. However, experts are on the fence about the privacy of these coins.

Shields Z-Addresses and public T-Addresses and follows the footsteps of Bitcoin, like many other privacy coins on the list. It has a vast node network, compared to others.

These coins will protect your privacy, so you can save yourself from constant vigilance and surveillance, it’s true. Also, you may lose valuable data due to the moment’s carelessness, due to which your financial security can be at risk. This can also be avoided. However, there are some cons too.

Privacy coins are most often used in criminal activities, such as Monero. Also, limited availability and acceptability among merchants, huge transaction size, absence of phone wallets, mining and development issues, and geographical boundaries are some notable issues.

This is why most government agencies, including Japan, has imposed a ban on these currencies. However, tools are being created to track these transactions, and hopefully, these issues will disappear with it.

In conclusion, privacy coins are effective while sealing one’s privacy, but they may prove as a security hazard. So, they are both a blessing and a curse on a disguise for the cryptocurrency community.