This article compares the different types of privacy-centric and anonymous cryptocurrencies that includes Monero, Bitcoin, Zcash, Dash and Verge. This was first published on steemit.com

As revolutionary as Bitcoin is, it has one major flaw: privacy. Since the blockchain ledger is public, all transactions by all addresses are completely exposed. This rightly causes some feelings of insecurity. After reading this, I can hear some of you say, “Big deal, I don’t have anything to hide,” or “I don’t mind people knowing what my transactions are.” I respectfully disagree! Even if we have done nothing wrong, our transactions are no one else’s business. What if I were to challenge you to approach the nearest stranger you can find and show him your credit card bills for the past 5 years, or to lend your phone to a colleague and tell him to browse through your emails and messages? Wouldn’t you feel hesitant? Wouldn’t you feel violated? Just because you have nothing to hide doesn’t mean people or governments should be able to snoop on you. If you agree or at least can see my point, then please continue reading.
People have noticed Bitcoin has a major privacy problem, which sparked the search for “the next bitcoin.” Several attempts have been made by simply replicating Bitcoin to make the transactions anonymous. Well, that’s a good start, but it’s not all that’s needed. Ultimately, people will always break the weakest link to destroy a chain on an end-to-end transaction. Even if a transaction itself is private, what about everything else? What about keeping transactional communication and purchase history private?
You might have heard that big companies like Sony have been hacked. Also, websites storing very sensitive personal information, like Ashley Madison have been hacked. Governments also shut down popular sites like Megaupload, etc. Most people attempting to find a “new and improved” Bitcoin replacement have probably not fully considered these things. Why is this important? Because hackers love to strike at the weakest link, and the government loves to shut down things they don’t like.

Verge is still early in their development phase. As far as I can tell from their 'black paper' they use I2P and TOR to hide/obfuscate traffic resulting in the blockchain being fully opaque, so if you know that an address belongs to someone, you can see how 'much' he has and what transactions he has done from and to that address. As well, the black paper includes some grammatical errors which raise some mental flags to me.
With these concerns though I still see the huge potential.
"Whatever ZCash is proposing VERGE is already at it. Dash and Monero even though on huge premium prices don't come close to the anonymity you've got with Verge."
"This [Verge] is the only coin to have an electrum wallet that connects directly to i2p nodes. It's the only anonymous coin that exists today."
To be honest, I cannot believe how Verge basically went unnoticed last year while other privacy-centric currencies exploded. It is just so undervalued. Verge has a great and growing community/developer team. If I can look past the few early hiccups along the way they have huge potential at a very cheap rate currently.
Key Points: Very New, Very Fast Block Times, Questionable Black Paper, Public Info

One of the new contenders in the privacy-centric cryptocurrency race goes by the name of PIVX. based on the current market cap for privacy-oriented currencies, PIVX is the fourth largest. The ecosystem works similar to Dash, as users can run master nodes to support the network. Running PIVX master nodes requires users to lock 10,000 coins into a wallet, compared to Dash’s 1,000 coin threshold. This also means a large part of the available PIVX supply is currently locked up in the master node.
PIVX also provides instant transactions through the SwiftTX implementation. The community is governing the future for this currency, rather than leaving it up to just the developers. One thing all community members are looking forward to is the future implementation of the Zerocoin protocol. This feature will improve transaction privacy even further.
Key Points: Fairly New, Masternodes, Fast Block Times

The Zcash development team uses zero-knowledge proofs to provide anonymity for its users. A zero-knowledge proof serves to allow for both the verification and the privacy of data at the same time. In the case of Zcash, this technology is used to encrypt the sender and recipient addresses, as well as transaction amounts. At the same time, all network transactions are validated by the blockchain, just like Bitcoin.
To get a bit more technical, Zcash uses ZK-SNARKS to achieve this goal. Every transaction can contain a string of data provided by the sender – the zero-knowledge proof – as well as encrypted transaction data. This implementation also means senders can’t generate a specific string unless they own the spending key for that address. Moreover, the input values of both input and output need to be equal.
It is important to keep in mind this feature does not provide utter anonymity while using Zcash, though. It is still possible for blockchain analysts to correlate information through public transactions. Moreover, IP addresses of users are not obfuscated unless they use a routing service themselves. Personal identifiers linked to public data are not hidden by this protocol.
Key Points: Strong Dev Team, Established, Public Info

Monero has been a popular alternative cryptocurrency among enthusiasts who favor anonymity over privacy. Improved anonymity was added to the protocol just a few months ago, as Confidential Transactions were introduced in January of 2017. All of the network nodes have transitioned to accommodate for Confidential Transactions without any hitch. Ever since this implementation, the Monero price has started to rise a bit across exchanges. Ring Confidential Transactions are designed to improve privacy and security. By bundling the sending and receiving of public keys with older network transactions, a “mixer” is created that is capable of obfuscating addresses. All of this makes blockchain analysis virtually impossible. Making Monero one of the most anonymous cryptocurrencies is still the primary objective, even though that has led to an increase in transaction size. This is not as big of a problem, though, as Monero has an adaptive block size.
On top of Ring Confidential Transactions, Monero makes use of ring signatures and Stealth addresses to hide both the sender and the receiver in a transaction. Additional anonymity and privacy features are still in development, such as the Kovri router, which can conceal the origin node for transactions in I2P. Monero positions itself as a private and optionally transparent cryptocurrency.
Key points: Established, Fast Block Times, Anonymity

A lot of people feel Dash provides them with anonymity as well, thanks to the PrivateSend feature. While it is true that this feature offers privacy to users, it is not anonymous in the traditional sense. PrivateSend is an improved version of CoinJoin, enhanced by features such as decentralization and a chaining approach. A decentralized mixing service built within the Dash protocol allows the currency to remain fungible, which is one of the features Bitcoin lacks right now.
Moreover, using PrivateSend mixing requires at least three different participants which allow funds to be merged together and create obfuscated transactions. That is, assuming all users submit the same Dash denominations as inputs and outputs. There is a limit as to how much money can be sent per transaction using DarkSend, though, as the feature currently allows for 1,000 DASH per session. Additionally, several PrivateSend sessions need to be completed to achieve optimal anonymity and privacy.
Key points: Established, Masternodes, Many Features

Enroll in our free Cryptocurrency course now to learn everything you need to know about crypto investing
Get our exclusive e-book which will guide you on the step-by-step process to get started with making money via Cryptocurrency investments! 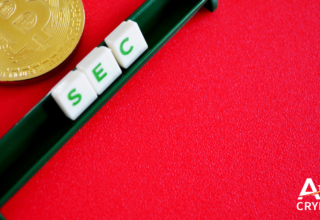 Recently, the US SEC accused Erik Voorhees, CEO, and founder of Shapeshift of public … 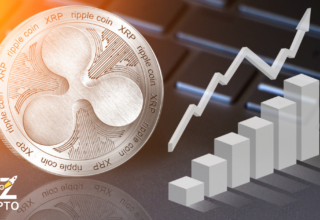 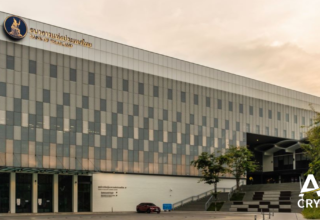 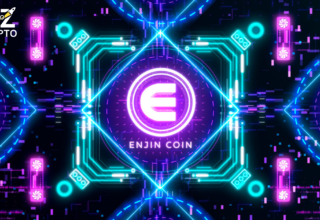 Crypto.com is one of the biggest contributors to Enjin’s private funding round for the …

Recently, the US SEC accused Erik Voorhees, CEO, and founder of Shapeshift of public …