Santander, the Spanish banking giant, has rolled out its OnePay FX app, allowing international transfers in Euros and Dollars. The app’s functionality has been made possible due to the bank’s partnership with Ripple.

The app will enable same day international transfers without fees using the latest exchange rates. Ripple CEO Brad Garlinghouse said that the app will let customers “send money internationally in seconds, with just a few clicks.” Currently it is only available on recent versions of Apple devices and will require a “Santander debit card registered with Apple Pay”.

The app is currently only accessible to customers in the UK and Spain but will be extended to Brazil and Poland soon, according to Santander’s 2017 earnings presentation.

With the move, Santander expect “to be one of the first global banks to roll out Distributed Ledger Technology based payments for individuals” 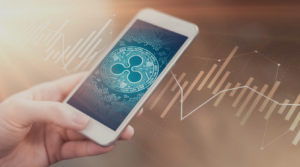 Despite being an application of blockchain technology in the financial world, it should be noted that Ripple’s XRP cryptocurrency is not involved in the process. Instead Santander will be using Ripple’s XRP-less xCurrent technology to enact the payments.

The technology which uses XRP is known as xRapid which, according to David Schwartz, Ripple’s Chief Cryptographer, is “our first product that settles with XRP” but is “not aimed at banks.” Instead the company has targeted “low-value, high-volume remittance-like payments” for its xRapid platform.

When asked last month if XRP was still in play as a future solution for banks he replied “absolutely”, adding that Ripple believed that “XRP settlement can save banks money beyond what xCurrent can do alone”.

It appears that investors are wising up to the differences between Ripple’s technologies. Late last year XRP soared on news of Ripple’s various partnerships and pilot schemes, with the currency used by investors as a proxy for the company. However, the market now seems to have a better handle on the significance of these news events, and realises that what is good for Ripple the company might mean very little for XRP, and the 1,000s of investors who hold it.