December 06, 2022
Contact Us: info@atozcrypto.org
12 New Articles
Home Latest News THE PSG WILL LAUNCH ITS OWN CRYPTOCURRENCY 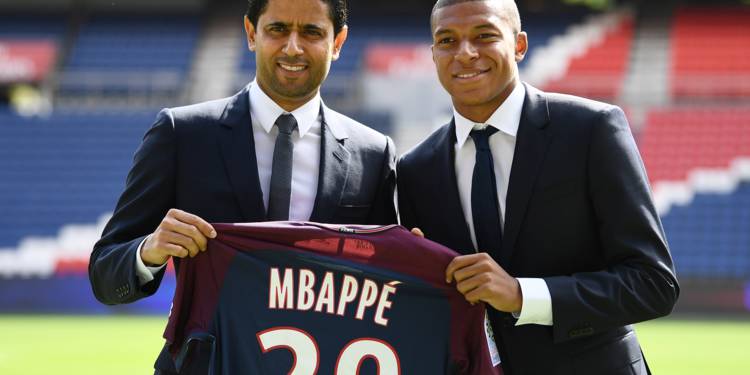 At the forefront of digital, Paris Saint-Germain will become the first football club to issue its cryptocurrency. This must encourage fan engagement and will influence the club’s policy.

Failing to have won the Champions League, Paris Saint-Germain will forever be the first football club to have a cryptocurrency. Tuesday, September 11, the champion of France announces the signing of a partnership with the Maltese start-up Chiliz, at the head of the blockchain platform Socios.com. This will be in the form of a mobile application (to be launched in 2019) on which you can acquire the token (“token” in French) PSG. This token will provide a voting right to answer questions submitted by the club.

Do not expect to prevent the recruitment or sale of a player, questions will revolve around non-decisive topics in the management of the club (place of organization of a friendly match, choice of the jersey for the next season, etc. .). The more tokens the fan has, the more he will weigh heavily in the vote. The device provides a limit to prevent very rich fans win the bet each time. On the other hand, those who have bought a lot of Tokens will be able to benefit from exclusive advantages (to attend the matches, meeting with the players, etc.).

For the supporter, the process will proceed as follows: he will visit the application Socios and purchase tokens PSG with his credit card. Those most at ease with the cryptocurrency universe will be able to acquire Chiliz on the specialized stock exchanges, before converting them to a PSG token in the Socios application. Chiliz announces that it will pay in commissions on transactions.

The price of the token has not been fixed yet but it should be very affordable, probably around one euro (the club believes however that this question is premature). Its launch is scheduled for spring 2019 to educate fans before the start of the next season. Other teams should emulate PSG by then. “This breakthrough technology will have a significant impact on the club’s overall business strategy and how we interact with our fan base,” said Marc Armstrong, PSG’s new sponsorship director, who arrived in April.

“The idea is inspired by the organization of clubs like Real Madrid or FC Barcelona, ​​where fans are regularly solicited in the life of their team,” said Alexandre Dreyfus, the French boss of Chiliz, a subsidiary of the group Mediarex in which Binance, the world’s first cryptocurrency trading platform (in volume), invested last June. “The idea is to help the club to engage its fans globally, not only in Paris and especially in Asia”, wants to believe the one who co-founded the sports betting site Winamax. It is also a new source of income for the club: the PSG will recover the revenue from the sale of tokens.