What platform to choose for tokens issue? 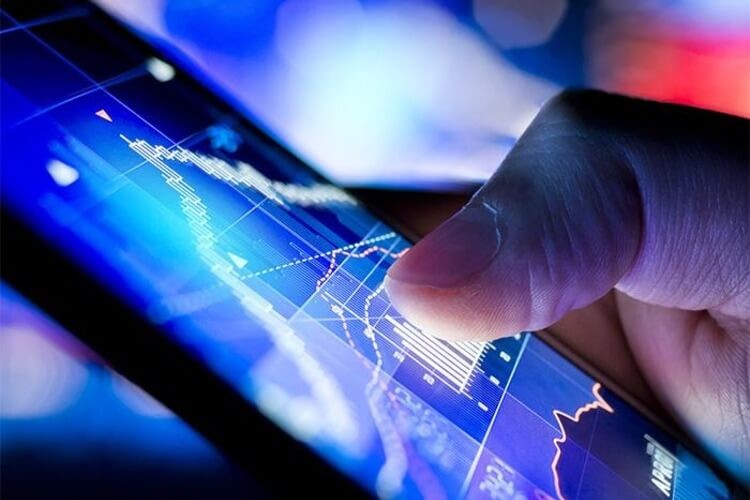 Choosing a platform for tokens issue is one of the key stages in preparing a project for ICO. Bitnewstoday.com has made a short review of existing platforms to make it clear how a startup should choose its system.

One of the most popular platforms for tokens issue is Ethereum This system has its own language, which allows to create smart contracts. In addition, as experts say, this project has the logical process of creating tokens.

According to cryptocompare.com, 69.9% of the projects that has already launched ICO issued their tokens on the Ethereum platform (ERC20 tokens). Specialists note that such tokens are quite popular, they are supported by almost all crypto exchanges and wallets, that meet this standard.

Smart contracts are considered by the experts as the main advantage of Ethereum, since they act as one of the significant indicators of project’s integrity. This protocol describes the following conditions in detail:

“One of the weaknesses of Ethereum platform is is high network traffic, which sometimes can be an obstacle for fundraising. However, there are some advantages that can compensate it to some extent – a developed infrastructure that includes various wallets, exchanges that work with all ERC20 standard tokens,” says Alexander Voskoboinikov, board member of the National Blockchain Association. 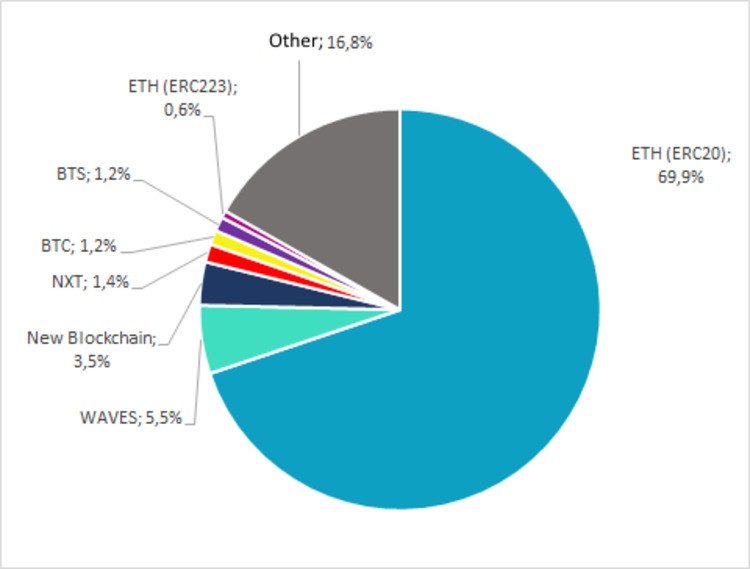 Pic. ICO projects by type of tokens
Source: Calculations by Bitnewstoday.com based on data from cryptocompare.com

The WAVES project is second most popular platform accounting for 5.5% of ICO start-ups. The main advantage of this platform is the processing speed (and this applies not only to transactions). In addition, this system is not inferior to Etherium in terms of convenience. However, the platform Waves has one important drawback – incompatibility with the ERC-20 standard. This means that tokens issued on this platform can only be traded on the internal exchange Waves DEX, and the ability to handle such tokens on other crypto exchanges will be limited. However, the developers of Waves are planning to finalize their blockchain system for supporting the ERC-20 standard by the end of 2017.

Albert Ibragimov, founder and CEO of the blockchain project, xChainge noted: “There is also an old, respected project – BitShares blockchain platform. Its tokens are created very easily, and their trade is decentralized. Unfortunately, the system hasn’t become widespread, probably because it appeared too early. But it is still expected to grow in popularity. There are many other projects, but none of them has achieved much success.”

Among the new projects, experts distinguish KICKICO. “KICKICO stands out as the newest and most democratic project. It is modeled on Kickstarter and meets the best traditions of crowdfunding. There are two main ways for issuing your currency: either you create your own blockchain and organize mining process, or you use one of the existing blockchains that supports tokens issue,” said co-founder and managing partner platform for the development of cryptotrading Simdaq Evgeny Dubovoy.

“In general, the advantages of leaders are supported by the fact that they have a sufficiently large audience of tokens buyers and have an access to multiple currency gateways. Less known platforms that offer smaller fees, usually have a weaker data security, and more sophisticated management system, and most importantly a low degree of investors confidence,” said Stepan Morozov, Senior Researcher at RANEPA.

For beginners, experts advise Ethereum based tokens issue, since the ERC20 actually became an undeclared standard for the creation of new decentralized projects. Of course, it requires certain technical skills, but it’s not bad – it, at least, allows you to better structure the asset, and it has more flexibility, experts say.

If you are an avid gamer, you are likely to experience the growth of …