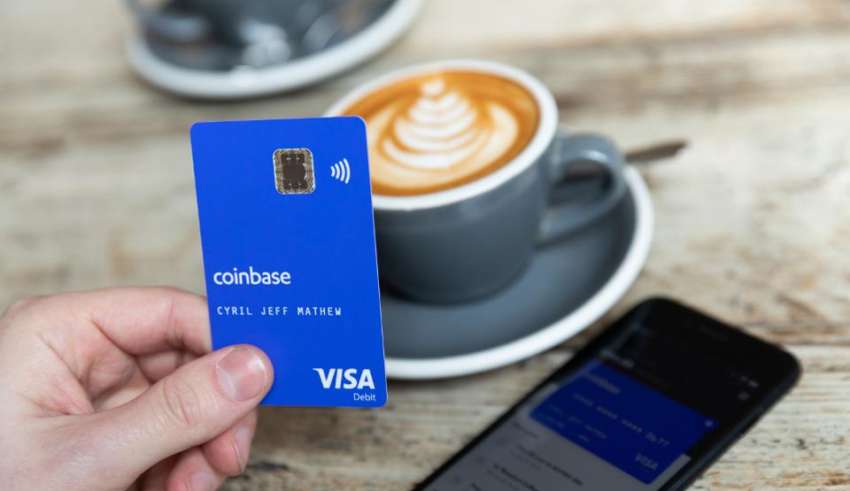 Visa has taken the next step in its development, granting a cryptocurrency company one of its ... [+] TUCKER IMAGES LTD. / CONIBASE

Credit card giant Visa has granted its principal membership to a cryptocurrency company for the first time. Officially awarded to cryptocurrency exchange Coinbase in December, but not revealed to the public until today, the membership cuts out a crucial, and expensive middleman from the process of issuing a debit card that lets users spend their own bitcoin, ether and XRP anywhere Visa is accepted.

While Coinbase says it’s not planning on issuing cards to others anytime soon, the principal membership status marks a potentially important new revenue stream for the company, which Forbes estimates saw a 40% decline in earnings last year. By simplifying the process of spending cryptocurrency anywhere Visa is accepted, the membership also lays the foundation for a potential explosion of bitcoin, ether, XRP and more as a way to buy everyday items, regardless of whether the merchant itself accepts cryptocurrency.

“Your Bitcoin holdings have never been liquid because you have to sell them, you have to go through a process, withdraw the money, and then spend it. It’s never been an instant, “Oh, I’ll buy this cup of coffee with bitcoin,” says Zeeshan Feroz, CEO of Coinbase UK, which received the membership. “What the card is trying to change is the mindset that crypto is tucked away, takes two days to access, and can actually now be spent in real time.”

Managed by Coinbase’s fully-owned U.K subsidiary, based in London with offices in Dublin, the card that automates the conversion of cryptocurrency into whatever currency the merchant accepts will be available in 29 countries when it is first issued later this year, including Denmark, Estonia, France, Germany, Ireland, Italy, the Netherlands, Norway, Portugal, Spain, Sweden, and the U.K. The Coinbase Visa debit card will not be available to U.S. residents. Further simplifying the process of actually spending cryptocurrency, the nine cryptocurrencies available on the card, also including litecoin, bitcoin cash, Brave’s BAT, Augur’s REP, 0x’s ZRX, and Stellar’s lumen, won’t likely be subject to unwieldy capital gains taxes at the point of sale. Unlike the U.S., the E.U doesn’t require spenders pay additional tax on the difference in price based on when a cryptocurrency was purchased, and when it was spent.

Feroz says direct access to the Visa network gives the cryptocurrency exchange more flexibility in the business models it pursues. A previous Coinbase Visa card was issued in April 2019 by financial services firm Paysafe Group Holdings Limited, which vets its customers, including corporate spending firm Soldo and mobile banking app Lunar, and charges a fee for the service. “You have a dependency on their risk appetite and the models they’d like to work with,” says Feroz. “Direct membership allows us to take control of our issuing program.”

While fees merchants traditionally pay to their banks to accept credit and debit cards will remain the same as with any other cards, Coinbase’s own fees could eventually be reduced as a result of the membership. Though Feroz declined to share the exact amount Coinbase paid to Paysafe to issue its cards, citing a non-disclosure agreement, the removal of that cost, is expected to eventually result in reduced fees for the end user.

Currently, Coinbase charges 2.49% fee on domestic transactions regardless of the value, in addition to other potential charges. If those fees are reduced as a result of the membership, existing card owners would need re-apply for a new card issued directly by Coinbase in order to benefit. “A direct membership gives us more cost efficiency,” says Feroz. “And ultimately, as we scale the program, the goal is to pass those cost efficiencies to our customers.”

Feroz says the U.K. is Coinbase’s largest and most active debit card market, based on usage patterns of the earlier card, followed by Italy, Spain and France, with almost half the current card owners being active users, making purchases ranging from “many” thousands of Euros for large-ticket items to a few pounds for a coffee, he says, adding: “We’re seeing quite an even spread.”

Historically, revenue for cryptocurrency exchanges like Coinbase has been directly tied to the price of cryptocurrency, with fees charged in fiat currency increasing when the price is high and decreasing when it drops. For example, Coinbase itself saw revenue decline an estimated 40% last year, from a reported $1.3 billion in 2018, when revenue included bitcoin’s monumental price increase the previous year to what Forbes believes will be $800 million this year. Feroz acknowledged that the fees charged to companies outside the cryptocurrency space could eventually become a new source of revenue, less dependent on cryptocurrency price fluctuations, adding however that isn’t currently part of the plan. “Our primary focus is to build our own services,” he says.

To give an idea of how much is on the table here, the credit card issuing industry last year generated $107 billion revenue and $24 billion profit charging these fees and others to companies like Coinbase, according to a report by research firm IBIS World. In addition to Paysafe’s past work with Coinbase, the Metropolitan Commercial Bank currently issues a Visa card for bitcoin firms BityPay and Crypto.com while European emoney firm DiPocket Limited , issues cryptocurrency lender Nexo’s Mastercard.

“Our work with fintechs, such as Coinbase, includes helping them scale, partnering with them on issuance and giving them access to APIs so they can build new products on our network,” said Terry Angelos, Visa’s global head of fintech in a statement to Forbes. For example, in addition to being able to issue credit cards, Coinbase’s status as a principal member of Visa gives it access to Visa Direct, a payouts mechanism that already gives users of Square, Venmo and Zelle the option to receive payment instantly for a fee, similar to a traditional wire transfer, instead of waiting three business days using the traditional ACH payment rails. “Being a principal member of Visa, actually extends beyond just the issuing cards,” says Feroz.

We are excited to announce the addition of Enjin Coin (ENJ) to our Wealth App! …