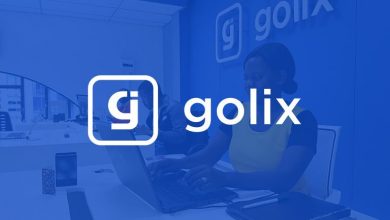 CEO of Zimbabwean crypto exchange Golix, the country’s largest trading platform, allegedly claims to have lost the password keys to the company’s cold wallet storage of its bitcoin reserves.

Crypto investors and worshippers in Zimbabwe were left in shock after learning that the founder and CEO of a leading crypto exchange in Zimbabwe, Golix, had lost the password to its cold wallet.

According to Cointelegraph, the CEO of Golix, Tawanda Kembo, reportedly misplaced the password last year in May. Cointelegraph quoted a local news outlet iHare which stated that two independent individuals confirmed the the password saga.

The password saga comes just days after the Zimbabwean financial overseer, the Zimbabwe central bank had directed the crypto exchange firm to close down for being accused of violating the necessary legal guidelines.

After the closure order, Golix stopped all interactions with its clientele with a vast majority of the platform’s clientele have been unsuccessful in getting their coins back from the exchange.

In a rejoinder, Kembo through a guest post addressed the claims that his exchange had swindled the customers of their cryptos since they were unable to withdraw them. He rubbished the claims that his firm was insolvent explaining that almost all people who had tried to withdrawal their coins from Golix had been successful and the transactions had been flawless. He added that the false allegations of clients unable to withdraw their funds from the platform only came from about 1% of the total number of clients.

Asked if he had lost the password to a cold wallet holding about 33 Bitcoins with a market valuation of about %305,000 by publication time, Kembo did not refuse the allegations but did not wish to elaborate further on the issue. He only stated that the allegations had been blown out of context.

Mid this year, in an effort to boost the use of the local Zimbabwean dollar, the government announced prohibition of the use of foreign money which led to massive increase in Bitcoin trading in the country. The Zimbabweans came up with a strategy where they use such avenues like PayPal, Moneybookers and Western Union to buy and sell Bitcoin in other nations for a premium.