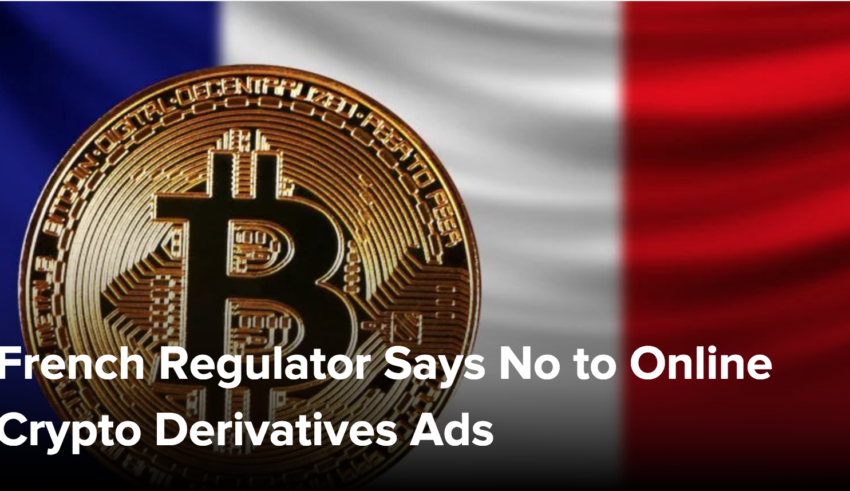 France’s stock market regulator released a statement about cryptocurrency-tied derivatives on Thursday, which includes a curb on the advertising of such products.

In its statement, L’Autorite Des Marches Financiers (AMF) said that trading platforms should not be allowed to market cryptocurrency derivative products electronically, per regulations that cover derivatives more broadly. The publication followed a months-long review process, according to the AMF.

“The AMF concludes that a cash-settled cryptocurrency contract may qualify as a derivative, irrespective of the legal qualification of a cryptocurrency. As a result, online platforms which offer cryptocurrency derivatives fall within the scope of MiFID 2 and must therefore comply with the authorisation, conduct of business rules, and the EMIR trade reporting obligation to a trade repository. Above all, these products are subject to the provisions of the Sapin 2 law, and notably the ban of advertisements for certain financial contracts.”

The EU’s Markets in Financial Instruments Directive (MiFID II) is an update to previous legislation, with the stated goal of providing greater transparency across asset classes in the name of investor protection. The initiative came into effect on Jan. 3.

The AMF’s missive is the latest from the agency on the topic of cryptocurrencies, coming months after it first weighed in initial coin offerings (ICOs). In October, the agency launched an ICO-focused initiative, dubbed the Universal Node to ICO Research Network (UNICORN).

The effort, according to statements at the time, was aimed at “offering to these carriers of projects a frame allowing the development of their operations and to ensure the protection of actors and investors wishing to participate.”

Other regulatory bodies within the EU have been looking into the issue of crypto derivatives as well.

The European Securities and Markets Authority (ESMA) is investigating if such contracts comply with MiFID rules, and announced in January that it was seeking public input on potential rule changes.