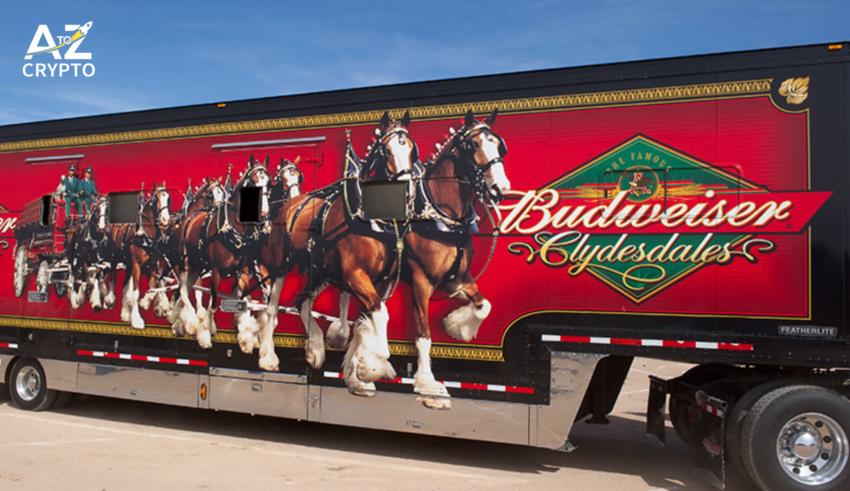 Budweiser has partnered with Zed Run intending to deploy a tokenized version of Clydesdale draught horses for the NFT horse-based game.  Nearly, $120,000 is given to NFT fan arts, and the company has purchased the Beer.eth domain via Ethereum Name Service in August 2021.  the Budweiser Clydesdales have already known for their horses and racing events.

Zed Run is an organization established by Virtually Human Studio in 2019, and it released racing horse  NFTs (the initial price was $30, which raised to $80 and higher). According to a report, a user had sold one NFT for $125,000 in April 2021.  As a part of this partnership, a racing track, NFT passes, prize pools (starting at $45,000), and 3-tiers of Clydesdale NFT skins. The total number of passes available for sale will be 2500,

Also, two challenges will be organized in July and September, and one in December, of different prizes.  HODLers will receive the skin NFTs through airdrop in July, along with t-shirts. Users in the Decentraland Metaverse can wear those t-shirts. People will also receive prize money for burning NFT passes, but we don’t anything about that yet. According to Spencer Gordon, VP of consumer connections at Budweiser beer producer AB InBev, the goal is to drive creativity, better user experience, and innovation.