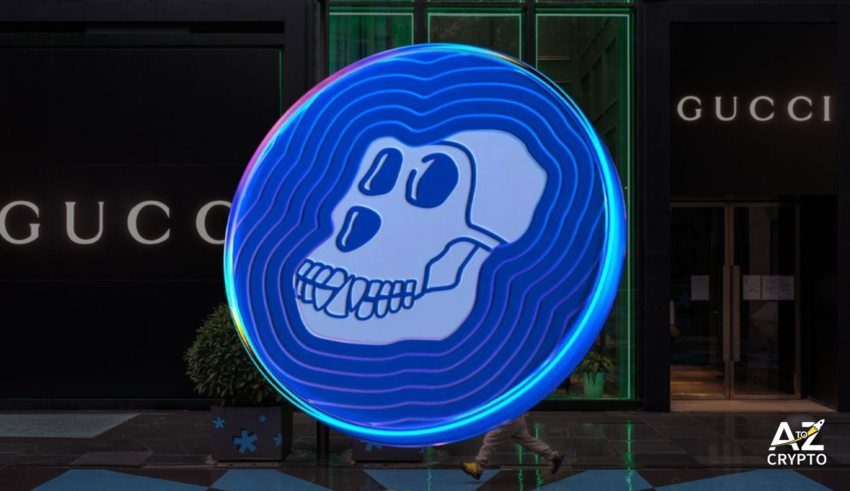 Web 3.0 has been gaining a lot of attention, which has led Gucci to allow crypto enthusiasts to purchase products with ApeCoin (bored Ape Yacht Club-affiliated Apecoin, APE), along with 12 other digital currencies. This was announced on Monday, and this exposed ApeCoin to a large community, the mainstream community.  Gucci is the first brand in the US to initiate the ApeCoin acceptance strategy.

Earlier Gucci initiated the NFT collections to target top projects, such as BAYC, a strong supporter of Gucci’s crypto initiatives. The 12 other currencies are BTC, BCH, ETH, Wrapped Bitcoin (WBTC), Litecoin (LTC), Shiba Inu (SHIB), Dogecoin (DOGE), and 5 USDT stablecoins.  Twitter personality NBATopShopEast claimed to be the first to pay for Gucci items. APE was launched in March this year, and has accompanied different DAO projects.  The current market cap is $2.0 billion (at the time of writing).