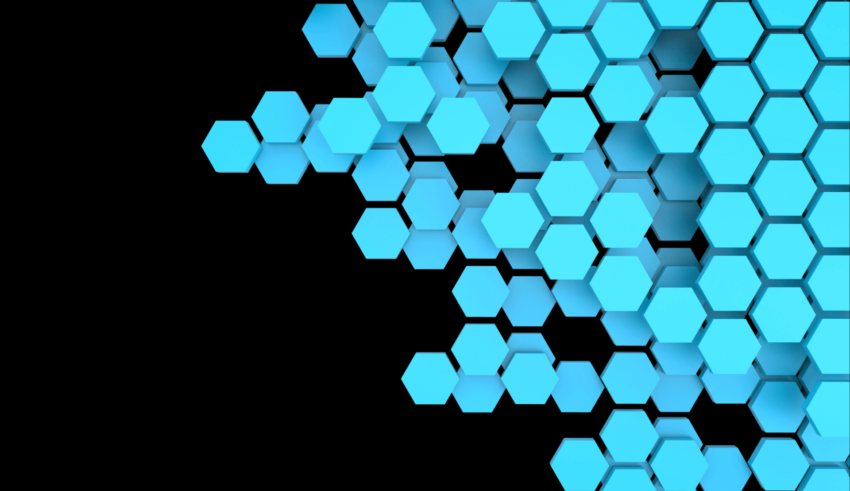 Expected to launch in 2020, Ethereum 2.0 marks a long-anticipated upgrade to the Ethereum public mainnet. Learn what it’s about, and prepare for the next phase of development.

Ethereum 2.0 (Eth2) is a major upgrade to the current Ethereum public mainnet, designed to accelerate Ethereum’s usage and adoption by improving its performance.

The History of Ethereum 2.0

Ethereum 2.0 is not a new idea in the Ethereum community. A shift in Ethereum’s underlying consensus mechanism to address the restrictions of a Proof of Work blockchain has existed since the blockchain’s genesis. Ethereum 2.0 arrives on the heels of many planned upgrades to the Ethereum mainnet following the mainnet Frontier launch in July 2015, namely:

The launch of Ethereum 2.0 is especially significant compared to past upgrades because of the implementation of a Proof of Stake consensus mechanism, moving the network away from its existing Proof of Work architecture.

Proof of Stake (PoS) is the most significant change in Ethereum 2.0, because it reforms the crypto-economic incentive structure for validating the blockchain. Ethereum’s current architecture is maintained by a Proof of Work (PoW) consensus mechanism. The components of Proof of Work are well-known to the blockchain community: it is the architecture used for the most utilized blockchains to date, including Bitcoin, Ethereum, Litecoin, and more. In Proof of Work, miners run nodes and expend computational energy to solve complex mathematical problems in a competition to mine the next block.

The time and money that miners need to run hardware and expend electricity on PoW chains is validated by block rewards, which are distributed to miners who successfully mine a block into existence. PoW chains are extremely secure; the combined computational power required for an individual to compromise a well-established PoW blockchain like Bitcoin or Ethereum would cost an extraordinary amount of money, and may not even exist.

Scalability: Because each block is mined sequentially, and there is a finite amount of data that can be recorded in each block (a measurement known as block size), Ethereum can only process a limited amount of information in a given amount of time. If the number of pending transactions surpasses what a block can fit, then the remaining transactions have to wait for the following block, and so on. This scalability issue will be fixed by the implementation of sharding [see below] on the PoS network.

Accessibility: PoW miners have been fundamental to the creation and maintenance of the surge in decentralized technologies we have witnessed in the past decade. Though PoW blockchains are functional, the barriers to entry to be a miner are quite high. An individual must purchase and set up all the necessary hardware. To earn considerable returns from block rewards, that individual also likely must live in a region with lower electricity costs.

Another level deeper, electricity costs are often reduced for businesses and corporations, meaning a miner looking for maximum profitability would also need to form a company and purchase enough mining hardware to justify their effort. Several of the largest mining conglomerates outcompete the majority of regular blockchain users from actually participating in the maintenance of the network, leading to centralization of miners. In Ethereum 2.0, one of the goals is for PoS to level the playing field for more individual validators to participate, earning a shared return on maintaining the truth of the network.

Proof of Stake replaces the two primary components of PoW (miners & electricity) with validators and stake on Ethereum 2.0. Broadly speaking, validators replace miners as the individuals who maintain the agreed-upon state of the network and receive rewards for randomly selecting the next block of data. Unlike in PoW, in which miners expend physical energy (called hash power) by burning electricity to confirm blocks, validators in a PoS system commit 32 ETH as ‘skin in the game.’

On Ethereum 2.0, if a validator fails to stay online and execute their share of computational responsibilities, their block reward will moderately decrease in order to incentivize validators to stay online as consistently as possible. Should a validator maliciously attempt to compromise the network (i.e. validate incorrect data history), all or some of their 32 staked ETH will be slashed.

The crypto-economic incentives against malicious actors are stronger on a PoS network. Whereas in PoW, the economic risk of a failed attack is equal to the cost of electricity to achieve the required hash power, in PoS the cost to launch an attack is equal to the amount of staked ETH, and therefore so is the penalty. The chances are higher that an individual is warier of directly risking money in the form of staked crypto to launch an attack compared to the more abstract cost of electricity. Whereas a failed PoW attack results in the loss of electricity costs, slashing a validator’s stake is the PoS equivalent of a miner burning down an entire PoW server farm in a failed attack. In short, the economic incentive to act in the network’s best interest is stronger.

Though becoming a validator has a lower barrier to entry than becoming a miner just by virtue of the elimination of hardware costs, the fact is that not many people own 32 ETH or are willing to risk staking nearly $6,000 (~$190/ETH at the time of this writing). Moreover, the number of interested individuals technically literate enough to run and manage a client without risking downtime and potential fund slashing is not widely-known.

There are two solutions to the barriers to entry that are currently anticipated on Eth2. To overcome the technical knowledge of running one’s own client, companies are beginning to offer staking services through which they will manage the client operation for an individual who stakes 32 ETH in exchange for a small fee. Should an ETH holder only wish or be able to stake less than 32 ETH, she may join a staking pool, where her funds are pooled with others’ to reach the required 32 ETH. Her rewards, then, would be proportional to her total contribution.

Proof of Stake will be launched in the first stage of Ethereum 2.0’s upgrade, known as Phase 0.

Eth2 is set to roll out in phases, beginning with Phase 0 in 2020. Phase 0 will launch the beacon chain of the Ethereum 2.0 network. The beacon chain will implement Proof of Stake and will manage the registry of validators, who will begin attesting blocks into existence on Ethereum 2.0.

In order for the beacon chain to launch its genesis block, at least 524,288 ETH must be staked on the network, divided among a minimum of 16,384 validators (these numbers were decided upon to ensure sufficient security and decentralization). Staking rewards will not be distributed until this threshold is reached, which is partially why some altruistic behavior is needed among the early participants in phase 0. [For a report on what ETH holders are thinking about when deciding whether or not to stake their ETH, see the ConsenSys Codefi Ethereum 2.0 Staking Report].

As the beacon chain goes live and Proof of Stake is implemented, the original Ethereum PoW blockchain will continue to exist. In fact, the beacon chain will not be particularly useful to the majority of Ethereum users in Phase 0; it will be unable to process transactions, execute smart contracts, or host dapps. This is by design, ensuring Proof of Stake undergoes considerable testing as a live, functioning network before dapps and users begin transacting by the millions on a daily basis. To ensure the launch of Ethereum 2.0 does not disrupt the existing Ethereum ecosystem, therefore, the original Ethereum 1.0 blockchain will continue to run in parallel and receive upgrades during Phase 0. In Phase 1.5, the two blockchains will merge to ensure continuity and one single Ethereum network.

There is no firm launch date for Phase 1 yet, but it is anticipated in the year following the launch of the beacon chain in Phase 0. The primary improvement of Phase 1 is the implementation of shard chains, the scalability solution mentioned earlier in this article. For Ethereum 2.0, sharding will result in the Ethereum blockchain being partitioned into 64 separate chains (called shard chains) that run parallel to one another and interoperate seamlessly. Sharding addresses scalability by allowing Ethereum to process multiple transactions simultaneously: theoretically, 64 blocks at a time.

Right now, Ethereum (and other PoW chains) are only capable of processing one consecutive block at a time, meaning if there is a back-up of transactions, those transactions must wait until one block is processed before they can be confirmed in the following. With dozens of simultaneous chains interoperating alongside each other, the data burden can be spread across blocks that are processed simultaneously.

An important moment within Phase 1 is the merging of the original PoW Ethereum blockchain with the new PoS chain. This moment is being referred to as Phase 1.5 in the Ethereum community. Specifically, the PoW Ethereum blockchain will be brought into Ethereum 2.0 and exist as one of the 64 shard chains alongside the beacon chain, meaning there will be no break in continuity or data history.

This also means that ETH holders will not have to undergo any sort of token transfer or swap between Ethereum 1.0 and 2.0; rather, they will be able to use their ETH on Ethereum 2.0 seamlessly, with no anticipated extra work on their end or risk of their ETH becoming obsolete. Though the history of the original PoW chain will still exist, it will no longer need the PoW consensus mechanism to be maintained; it will operate as any other PoS shard on Ethereum 2.0.

Phase 2 is currently less defined than either Phase 0 or Phase 1. We do know, however, that with both Proof of Stake and sharding successfully implemented, Phase 2 will enable––among other things––ether accounts, transactions, transfers and withdrawals, and smart contract execution.

The Ethereum blockchain will not be done with its evolution after Phase 2. In the years following Phase 2, there will be more opportunities to increase the reach and functionality of the Ethereum network. For an idea of what the long-term future of Ethereum will look like, review Vitalik Buterin’s post about the roadmap of Ethereum.

Though noted above, it is worth re-emphasizing that Ethereum 2.0 is not expected to be fully functional until Phase 2. During that time, the blockchain ecosystem will continue to grow, and Ethereum will still need to respond to the needs of developers, dapp buildings, enterprises, governments, and more. The Ethereum PoW chain, therefore, will continue to exist until at least Phase 1 in a form colloquially being referred to as Ethereum 1.x. Developers will still be committed to improving Ethereum 1.x even as the future of Ethereum 2.0 is being built.

Ethereum 2.0 has been long-anticipated and much discussed in the blockchain ecosystem. Proof of Stake and sharding will bring considerable improvements to scalability, security, and accessibility. For ETH holders, Ethereum 2.0 provides a new opportunity to participate and receive rewards for maintaining the network. For those who wish to run their own validator(s) with 32 ETH, use a third party provider to stake their 32 ETH, or pool their funds with others, the Ethereum ecosystem will host a number of products and solutions, including the ConsenSys PegaSys and Codefi teams.